140 years ago this building must have seemed like an outstation on the moon.

Even today it takes a 4-wheel drive vehicle to get the last few kilometres to it. Back then the trip would have been of astronomical proportions.

This is the Peake Telegraph station, constructed as part of a commutations network that crossed the Australian continent from north to south.

The Peake is an outstation on Anna Creek Station, the world’s largest cattle property run by the S. Kidman Company.

I did the photography for a story on Anna Creek for the R.M. Williams Outback magazine back in March this year.

The telegraph station is on this section of the property. It’s just south of Oodnadatta on the Ooodnadatta Track.

Two things stand out about this old telegraph station. The first – how substantial the buildings are. The second – the beauty of the surround landscape.

It was one of 12 repeater stations between Adelaide and Darwin and its completion brought Australia closer into contact with London via telegrams when news could arrive in around 24 hours instead of months.

Getting back to my point about an expedition to the moon….back in 1872 or thereabouts when the telegraph line opened between Adelaide and Darwin this was remote in the extreme. To get here people had to cover some of the most rugged and dangerous country in the world and be completely self sufficient at the same time.

36,000 poles and 3,200 kilometres of wire were used to link the two cities at a time when explorers had only just before passed through or died only a few years before.

A project of epic proportions.

THIS ENTIRE SITE © 2009-2018 PETER MACDONALD AND ALL OF THE PHOTOGRAPHS HEREIN, ARE COPYRIGHTED BY THE PHOTOGRAPHER. NO PART OF THIS SITE, OR ANY OF THE CONTENT CONTAINED HEREIN, MAY BE USED OR REPRODUCED IN ANY MANNER WHATSOEVER WITHOUT EXPRESS PERMISSION OF THE COPYRIGHT HOLDER. 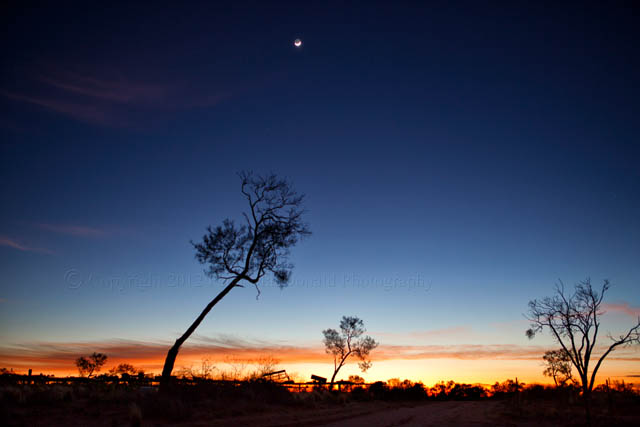